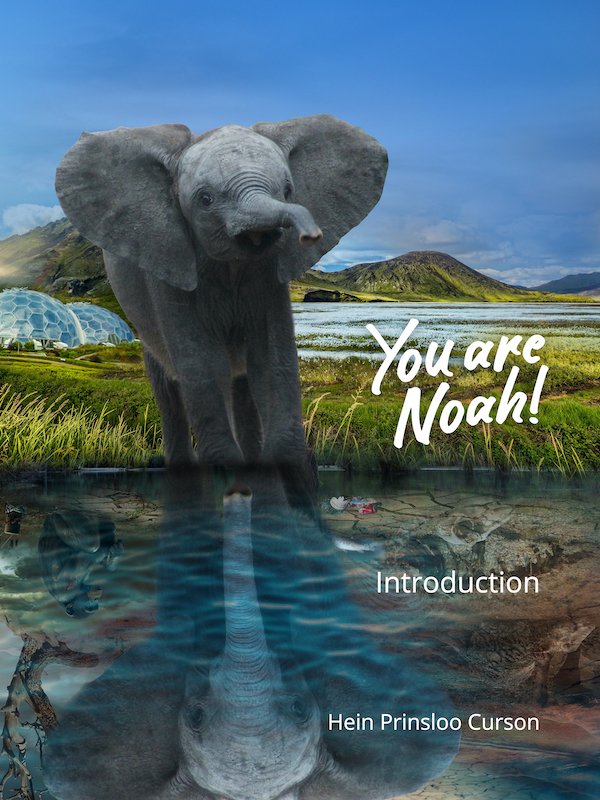 Books » Wildlife » You Are Noah: Introduction

You Are Noah: Introduction

The true story of Hein Prinsloo Curson and his ambitious project to protect endangered animals. With his husband Richard, he develops a plan to turn 100 square kilometres of conservation park in Kwazulu Natal, South Africa, into the world’s biggest animal sanctuary with Geo domes, cutting edge anti poacher security and a giant aquarium. Their extraordinary story is the subject of a 2021 TV series.

 5/5
Reviewed By Reviewed By GB Publishing
“An inspiring book that reveals the struggle to protect wildlife and endangered species.”

A VISION OF EDEN

You Are Noah is the story of two South African conservationists who are trying to turn their dream of protecting every endangered wildlife species into reality. The centrepiece of their vision is the 100 square kilometres of conservation park on the north east coast of KwaZulu Natal, South Africa, making it one of the most ambitious environmental projects in history. The scale of the venture is attracting investment (author Hein Prinsloo Curson is aiming to raise nearly $7 billion) and plenty of global media attention, culminating in a 12-part tv series that kicked off in January 2021 with further episodes to be shown over the next five years.

The project, overseen by the not- for- profit Noah Foundation, incorporates advanced research, futuristic anti-poaching security, cutting edge building techniques along with plans to build the world’s biggest aquarium. Once completed the park will have Geo Domes, modelled along the same lines as Cornwall’s Eden project, with customised systems that replicate every climate and eco-system, making it possible for animals from other continents to live in the park. Doesn’t that make it a zoo by any other name? No, according to Hein and his husband Richard Curson. If anything, the park is a holding measure or a temporary super sanctuary, where the animals will stay until it’s safe for them to return to their natural habitats which will only happen when their territories are given complete protection.

This twenty first century version of Noah’s Ark is an ambitious response to an environmental crisis that is becoming more urgent. Although climate change and global warming are now mainstream political talking points, time is still running out on reversing years of damage inflicted on the planet. A high-tech safari park alone can’t do it, although it does open up the conversation about new and radical ways of saving and protecting animals, who are among the biggest victims of climate change.

The growth of eco-tourism, which in 2009 generated revenues of $77 billion, should also bode well for the Ark’s long-term future. More of us it seems enjoy watching animals in the raw while the forced lockdowns imposed by governments in response to COVID 19, has seen people connecting with the environment in new and innovative ways. Eco-tourism, with its emphasis on sustainability and reduced carbon footprints, will in theory be among the key beneficiaries of a new post pandemic world order and the Ark is well positioned to capitalise on this burgeoning trend.

So, do YOU feel inspired to help Richard and Hein Prinsloo-Curson save the planet’s magnificent creatures AND change the world’s environmental policies? Go to

The Noah’s Ark Foundation is a non-profit organisation set up to manage the Ark and support global projects which prevent deforestation, pollution, and animal poaching.